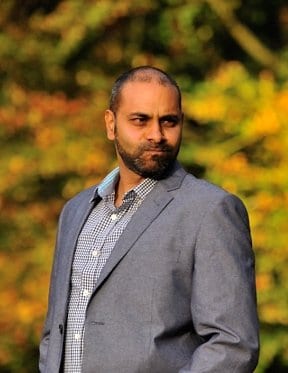 I went to see a friend of mine last week.

He’s what I’d call a ‘geeky’ type of guy and he’s my go-to ‘techie guy’ when things break, or I want to throw my laptop out of the window.

He lives in Southampton.  We’d arranged to spend an afternoon together, catching up and working on my new website. It’s not a huge change but if you get the chance, have a look around and you’ll see some differences.

My friend, Dan works from home, as many of us do. Let’s call him Dan because that’s his name. He informed me that he had a plumber turning up that morning to replace his water tank. He’d had no hot water for five days.

I took a clothes-peg with me. 😷

I arrived at about 1 o’clock. We got chatting, had some lunch and got down to work. The door buzzes – it’s the plumber.

Dan lets him in, smiling but I know that inside he’s a little volcano about to burst.

I need to explain a couple of things first. Dan lives in a nice flat on the first floor of his building. It’s a quick skip up the stairs.

The second thing is that the plumber was meant to arrive in the morning. As in, not at 2 pm in the afternoon.

A few minutes pass and we start to hear a clattering, puffing sound through the door to the flat from the stairwell.

Dan looks at me, leans over the stair-rail and asks the plumber if he needs a hand…

Dan trots down the stairs, grabs the water cylinder the guy is carrying (with two fingers through the hole in the top) and trots back up the stairs.

We wait for the plumber to arrive and at this point, I’m intrigued as well as distracted.

Where is the plumber?

The plumber arrives, wheezing like an St Bernard who’s finished a step class. I mean, he’s gasping for breath, like each one could be his last.

He must be the least fit plumber in the world. He’s a big guy for sure but I know a lot of big guys who are fit – have you seen the Samoan Rugby team?

He takes a hose off his shoulder and drops it to the floor, waits to get his breath back and says, “I’ll go and get my tools.”

Dan asks, “Do you want to have a look at where you’re working?”

He does and does.

Dan says to him as we come back into the lounge. “That hose isn’t long enough unless you have a compressor”.

The plumber looks at him.

“That hose isn’t long enough to reach from the cupboard. Across the lounge and out the window, Your colleague who came three days ago knew this.”

He turns around, grabs the stair rail and proceeds to heave down the stars. One at a time like a toddler, holding onto the rail like it’s a lifeline.

Fifteen minutes pass until he hauls himself back into the flat and dumps a longer hose on the floor.

“Yeah, the first job ran over, and I unloaded the van at the flats on the other side of the road”.

I look at Dan, he looks at me, he walks out of the room.

I know Dan very well. He tries hard to keep a lid on the things. To let things, wash over him and not cause him stress.

I can tell that so far, he’s being heroic.

The plumber starts work, we try to do the same amidst the wheezing, clanking, and heaving.

I can see that Dan is getting, “tense” would be a polite way of expressing it.

The plumber wanders into the room.

“I need to get a different fitting. The one I’ve bought is the wrong one”.

‘Should’ doesn’t fill either of us with much confidence.

The plumber leaves.  Dan and I decide that we’re not going to get any more work done due to the sound distractions.  And, in Dan’s case, frustration.  So, I leave as well.

Here’s why Dan was so frustrated:

This tale occurred on a Monday. The Wednesday earlier in the week Dan realised he had no hot water. He’s a practical guy, for a geek. (I’m aware this might be “geekist” – it’s not, it’s affectionate).

Being a practical guy, he tries a few things but still no hot water. So, he calls his landlords agent. They send someone round on Friday to “take a look”.

This plumber works out what’s wrong, makes some notes, tells Dan he needs a new tank and leaves.

The agent arranges for a plumber to replace the tank on Monday. Dan knows I’m coming, and we’re working, and he wants some hot water. He double checks that the plumber will start early so we’re not disturbed too much – as I’m arriving in the afternoon.

This is where it’s all fallen apart.

You see, the agent or the maintenance firm has nothing in place to ensure a smooth process. There is nothing to suggest that their customer is thought about in any way.

Dan had no hot water on Wednesday, they don’t even come and look at it until the Friday. Dan must take time off to be at home for the visit, costing him a holiday. Okay, he works for himself and from home – but that’s not the point is it?

The earliest they can fix the problem in on Monday, five full days since the problem was reported. Five full days of no hot water for Dan and his five-year-old son who was with him for the weekend.

Dan was promised an early start on Monday and they didn’t show up until 2 pm. He was meant to be first job – not the second. Again, he’s had to take time off work to be there. I know, he works from home but it’s the principle here that’s not right.

When the plumber does arrive he’s not competent. (My opinion). Sure, he knows his stuff, but being a plumber is a physically demanding job. There are lots of tight spaces such as under sinks, in kitchen cupboards, lofts, airing cupboards and so on.

And let’s face it, he struggled to walk up the stairs.

Then there was the lack of proper kit. The first plumber knew what fittings were required. He also knew it was on the first floor and a long hose would be needed. Why was this information not passed on?

They also knew the address. How did he turn up, at the wrong address and unload his van, before realising he was at the wrong block of flats?

Why didn’t he ring the bell first or call?

It took him an hour to unload and load the van before driving it over to the other side of the road to the correct flats. We know how long it took him to get up the stairs.

Having the appropriate tools and resources to get the job done is vital.

Ensuring the customer knows what’s going on is essential.  It makes a huge difference to the customer and how they feel about your company.

It’s about putting the customer experience first. Building your business around that experience, not making it up as you go along.

Thankfully, Dan now has hot water so all ended well. It could all have been much smoother and less stressful for everyone involved. 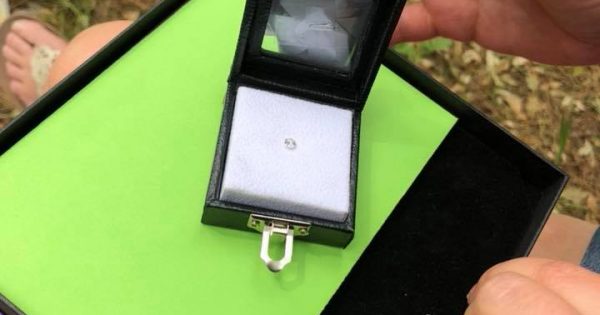 How can I ensure customer satisfaction? 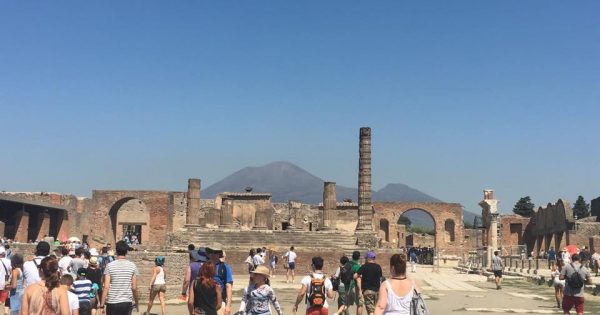 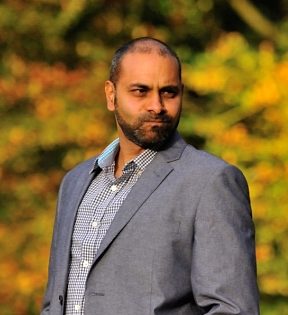