I was talking to a client this morning and he asked me an interesting question. You see, last night I went to watch QPR play Millwall in the Championship.

Bear with me, this isn’t an article about football but I do want to set the scene for the question.

Millwall is a funny club.  They’re hated by fans of many other clubs.  Obviously, not by Millwall fans, who have a reputation for, let’s call it ‘feistiness’.

It was a London derby with the extra spice that entails.  Extra police in Shepherds Bush with warnings not to travel alone along certain roads.  There was an edge to the atmosphere around the ground.

A typical game against Millwall that any football fan will understand.  A game that represents many things people dislike about football.

It wasn’t pretty. Millwall plays an aggressive style of football.  No finesse, no real skill other than an ability to kick opposing players and be big and strong in the air. They bully their way through matches, not giving you a chance to settle and play your game.

We conceded a goal early on. We were being battered and bruised relentlessly until the inevitable happened. A Millwall player was sent off for stamping.

At half-time we substituted a defender for a striker and promptly conceded the second goal.

QPR battled.  As fans, we got behind them and we scored the two goals to equalise as well as hitting the woodwork three times.

Back to the question….

I’d been telling this story to Robbie, let’s call him Robbie because that’s his name. I was saying to him that I felt that last season we would have lost that game. In fact, in the pub after the game (you always go the pub after the game), we all agreed on that – which is rare, as we never agree on anything.

“What do you think you’re doing differently?”

It made me stop and think.

There are hundreds of opinions out there about the team but I’d not thought about it this way before.

Here’s a group of players who couldn’t string two passes together last season, who played like schoolboys.

This team is now unbeaten at home and playing attractive football. More importantly has come back from being a goal down two games in a row – something they didn’t do once last season.

“What do you think you’re doing differently?”

My answer was this:

They have belief, they have a purpose and most importantly they look like they know what they’re doing.  And stick to it.

It sounds obvious. “They know what they’re doing and stick to it”. This is a piece of our footballing jigsaw that has been missing for four or five years now.

They have a plan.

They have a plan and they believe in it.

They have a plan, they believe in it and they stick to it.

Have we won every game this season? No.

And that’s where the belief comes in.

Is the plan giving them a set of repeatable actions they can use? Yes.

And that’s where ‘the stick to it’ comes in.

Did they make wholesale changes at 0-2 down? No.

But they adapted the plan to the circumstances and it paid off.

Having a plan is vital. It’s essential to know how you’re going to implement the strategy you’ve come up with. It’s also important to understand and accept that shit happens and your plan may need to adapt.

Once you’ve found a plan, you believe in it and stick to it things will start to happen in your favour.

Ian Holloway, QPR’s manager said after the game: “The lads stuck to the plan and we did enough to win it. – I wish we’d had five more minutes”.

And that there, is why many business owners change the plan. They try something new, tweak and tinker with what is a good plan.

They think they’ve run out of time when in fact, they’ve not given the plan enough time to work.

“I’ve tried this before and it only worked once.”

It didn’t work or you didn’t give it time to work?

The trouble is that most people don’t have a clear and simple plan to start with. When they do, they’re distracted by other things.  Things like new technology or they implement it, try it for a little while and then move onto something new.

There’s a plethora of ideas and techniques you can try. Trying isn’t enough. Workout a plan that suits you, believe in it so you can stick to it and be prepared to adapt it.

Don’t throw it away at the first sign of trouble.

Don’t give up because you find yourself 0-2 and half time.

And keep going, keep measuring and keep believing you’ll get the result you want, in time. 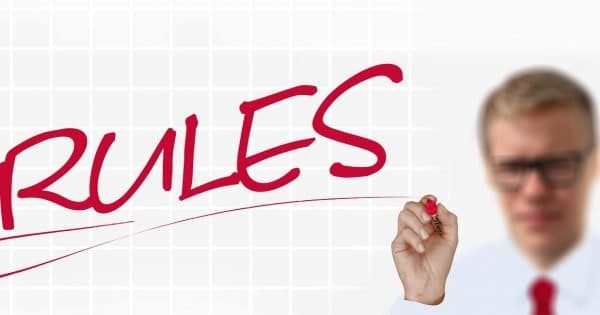