When I say freezing, I mean freezing.  I’ve had to decamp semi-permanently to the office as it’s warmer in here.

The reason it’s freezing, aside from the external temperature being minus two degrees as I write this, is that our boiler has broken.

I live on a “single-track road with passing places” and it’s remote.  We have two neighbours to the right of us and one across the road and that’s it.  Four couples and because we’re surrounded by an old commercial orchard, there’s also plenty of wildlife.  Aside from the dog, who’s dreaming away peacefully, keeping my feet warm, it’s not unusual to have foxes, pheasants, rabbits, deer, cats and the odd snake wander into the garden.  We’ve even had a visitor from the local ostrich farm.  Yes, ostrich.

Someone once suggested that I live in a Thomas Hardy novel.

The point of this description? Well, due to our remoteness we do lack a few things that you may take for granted.  For instance, we’re not attached to a mains sewer so we all have septic tanks, don’t even think about using Uber or ordering a dominos (thankfully) and more to the point, we’re not on mains gas.

This means that we have an oil tank and an oil-fired boiler and heating system which is about 100 years old.  It’s probably not 100 years old but if you’ve ever spent time with someone who’s a hundred (grandma is 104), you’ll know they can be cantankerous, bloody-minded and inconsistent. 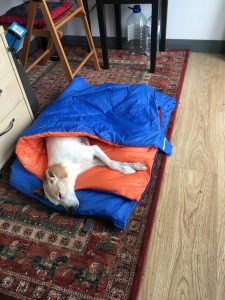 So, it’s freezing, literally and we need a boiler man to come and fix the thing before the dog moves and my feet fall off.  Yes, I’ve checked there’s oil in the tank.  I’m not silly and running out of oil just makes you look stupid.   At least I think that’s what the last engineer said.

Now, because our boiler is 100 years old, it’s not the first time it’s decided to mess about in the winter and stop working.  We have a company that we use regularly.  When I say regularly, I mean about six times in the last 18 month or so.  They’re good, reliable and just take care of things for us.  I’ve no idea how their fees compare to other firms and I don’t care.  They take care of things for us.

Kay said she’ll the “boiler man” and that’s fine but I also want to give someone else a chance to look at it.

I’ve been networking locally recently.  Our move to Thomas Hardy’s most recent book was just over a year ago, and I want to get out, meet a few local business owners and make some connections.  As luck would have it, one of the people I’ve recently met happens to be a heating engineer (as opposed to a boiler man) and he specialises in oil-fired heating systems.  Perfect.  This will give me a chance to try this guy out, heap him with praise and a testimonial and feel like I’ve contributed to the networking group.

So, I pass Kay, Geoff’s details (not his real name) and she goes off to work and says she’ll call him this morning.

I’ve just got off the phone to her and it’s this conversation that has prompted me to write this article.  Kay tells me that it’s all sorted, that Ian from Three Counties Heating (our usual firm) will be over later today to fix it.

“Oh, I rang him but there was no answer. You know I don’t like leaving phone messages so I called Three Counties Instead.”

And there you have it.

Kay is a well-paid, highly successful and respected forensic accountant who’s knocked doors down at dawn with the police and helped put people in prison.  She’s not, however, a fan of leaving messages on an answer phone.

I hope you realise by now that this isn’t an article about people stepping out of their comfort zones and leaving phone messages.  You’re reading this because you’re smart and I trust you recognise that this article is in fact about my frustration towards Geoff.

Geoff and I spoke last week at our last meeting.  As is often the case at these smaller meetings, some people don’t seem to “get” what I do.  They understand what an accountant does.  They can get their head around insurance, bookkeeping and plumbers, that’s obvious.  A business coach?  What’s that then?  “You drive businesses places?

I’m paraphrasing, obviously.  Still, I find that if I give a bit of value, ask a few questions then I can start to get across what use they might get from working with someone like me.

During this conversation, Geoff opened up a little.  We’ve met a half dozen times or so and not really had a chance to properly talk yet.  He tells me, slightly worried that he’s not good as much work on as he’d like.  He’s not struggling but there’s no consistency.  He knows there’s work out there but he can’t seem to find it.

I ask him what marketing he’s doing, if he has any follow-up processes and how much work he’d like to have.   A few gentle questions, just to sound out where he’s at.

It turns out Geoff doesn’t have a website, isn’t really “into” this Facebook lark but does have a business card and does lots of networking.  “Most of my work is by word of mouth, it’s the best way”.

“Clearly, it’s why you’re so busy then” – I might have said that to myself.

So, as you do I offered him a couple of hours to go through some ideas with him that he could implement straight away as I’d like to help him.  Let’s be clear, Geoff’s a nice guy.  He’s humble, he dresses smart, he’s always smiling and seems to genuinely know his stuff when it comes to heating.  He even did an entertaining ten-minute talk about the various components of heating systems that might go wrong and what to look out for.  He also suggested a couple of ‘cheats’ we could try if our boiler’s failed before calling an engineer to save time and money – all good stuff.

This is what led me to pass Kay his number this morning and asking her to call him.  It makes me cry, it really does.  Here’s this lovely guy, who does a good job, who cares about his customers and wants more work.

What frustrates me is that three weeks ago, before we learned all about boiler parts I did ten minutes for our group.  I talked about tracking numbers and call answering services.  Simple stuff that had everyone writing notes and asking questions afterwards.  Including Geoff.

He hasn’t done anything with the information, though.  I even recommended a couple of people I know, like and trust and all they had to do was make a call and try it.

Back to Ian and our boiler.  I’m finishing this off in a café in the village as I think I have frostbite (possibly an exaggeration fueled by my desire for a bacon sandwich) and Ian’s not happy.

It looks like we need a new oil line and he can’t do that until tomorrow but he’ll push us up the queue and slip the job in first thing – I think I love you, Ian.

*Ian turned up when promised, duly laid a new line, checked everything and then rang his boss to “see what he could do about the bill”.  He was here three times in all and spent 7 hours messing about and trying to work out the best solutions for us.

Total bill, in the end, was just over five hundred pounds.  On top of that, we’ve decided that Bob (Ian calls our boiler Bob – don’t ask), needs to go the great boiler place in the sky.

“About five grand.  You’re a loyal customer so we can probably do something on that for you but they’re not cheap.  At least you won’t need a new oil line” he says with a smile.

You see, both Ian and Geoff share a lot in common.  Good guys, good to their customers, honest, hard- working, smart and personable.  Both guys I’d happily recommend.  The difference between them is also huge.

Ian is about five thousand pounds better off.  Geoff doesn’t answer his phone.

*this last bit was written in the warmth at the dining table with bob bubbling away happily in the background. 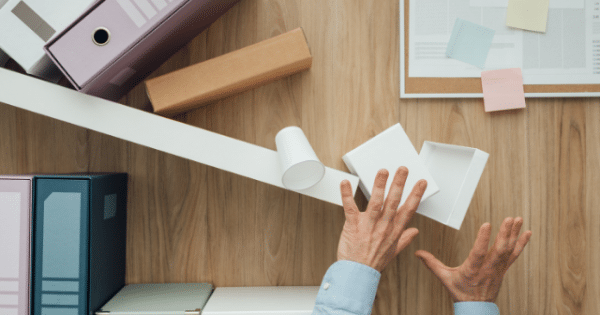 Are you any good with a hammer? 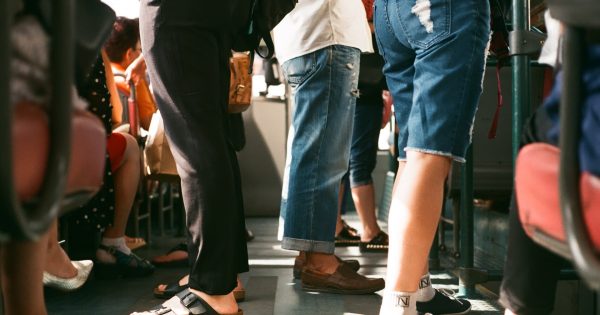