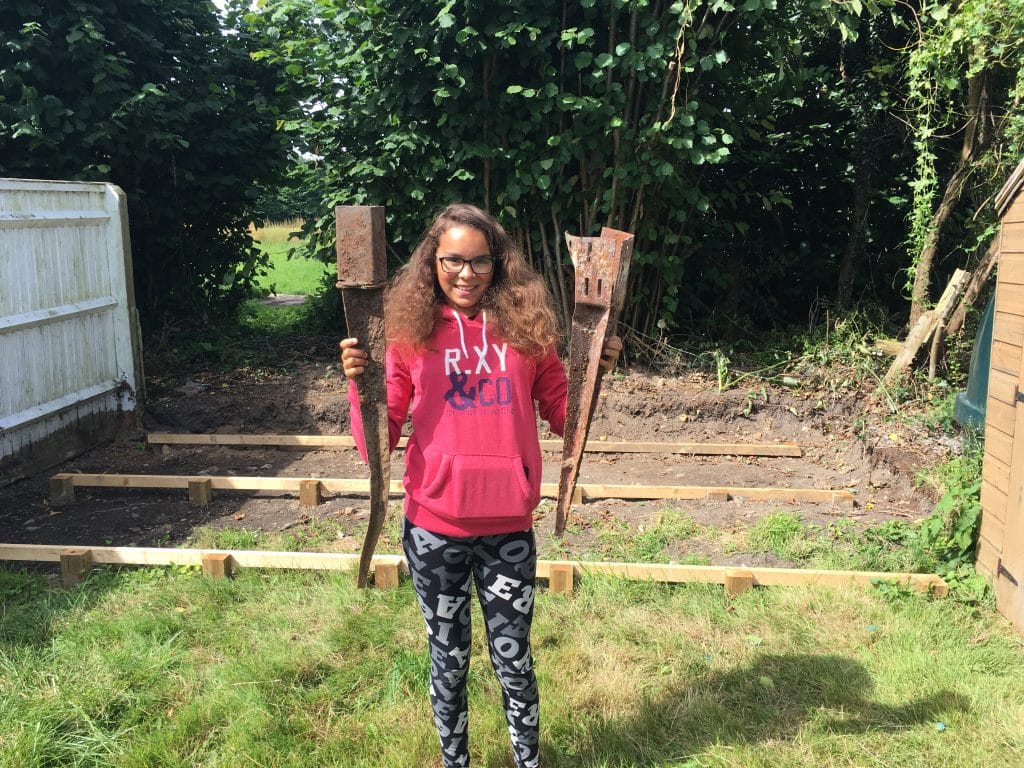 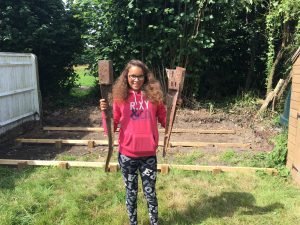 You may have noticed that I recently got myself a new office.  It’s a really cool (I think) wooden, bespoke building that sits at the top of the garden.  It means that I get views of the house, my garden and some of the orchard while I work.

It’s also given me much-needed space.  Space I can put all the ‘office’ stuff that has been taking up room in the dining room/conservatory.

It means I don’t have to move my laptop and screen off the dining table when we eat dinner.

It means I don’t get so distracted by domestic stuff.  As I’m not actually in the house so it’s not surrounding me, looking at me saying “wash me” or “iron me”.

It means I’ve taken a proper step towards separating my work and home life.  A step toward swinging the balance back towards home again.  I had an office a few years ago but the trouble is I didn’t use it.  Being in an office meant being around people. That meant physical distractions as well as online ones.

Distractions like people thinking it’s okay to pop their head round the doorway to say hello. Before you know it half an hour has disappeared.

It’s also given us a spare room. We’ve only got two bedrooms which helped justify the cost as I’m only likely to use the space for 3 or 4 hours a day.

I initially found it hard to justify the cost of a brand new building that I was only going to use for three or four hours a day.  In the end, it didn’t matter.

I just wanted it.

I mean really wanted it.

I can’t really explain it.  Perhaps there’s a man cave element to it or maybe it’s about feeling like I have a proper business if I have an office.  It’s definitely got something to do with the separation of work time and home time.

I know that I get tempted to pick up the laptop and tinker with stuff when I should be spending time doing other things.  Having it locked away will make it just a little tougher to do that.

I can close the door, stop working and then go and enjoy what I’m working for.  I’ll get to appreciate the reasons I work.  Do the things I enjoy that working pays for without feeling I should do a bit more because it’ll be out of sight.

Getting the office has been a real goal of mine for a couple of years now.

I’m excited about fitting it out, choosing furniture and getting appropriate quotes up everywhere.  I’ve worked hard and persevered to make it happen.  I believe that if you relentlessly focus on a goal, I mean really focus, things start to happen.

A recent episode with my daughter during the building of the office brought this home to me.  You see before the office was installed, the builders had to lay wooden foundations for it to sit on.

These are pretty close to the edge of the property boundary alongside the line where the fence used to be.  (The fence had blown down a few months ago and we burned it over the winter).

The fence post holes with the metal fence post holders were still protruding from the ground.  This was far too close to where the back wall of the office was going to be (not that we’d see them) for Josie’s liking.

They had to come out.

So with a little trowel and the occasional hack with a spade from dad she started digging.

It was getting dark to the point when she asked me for a torch. She was also getting dirtier to the point I wanted to hose her down. But, she refused to stop.  At about ten pm I finally convinced her to go have a shower and get some sleep.

The next morning I come downstairs to find her (in the same clothes as yesterday) digging.  Bear in mind Josie is 13 and likes her sleep.  Getting her to go anywhere or do anything can be a real challenge.

She wanted these posts out.

I mean she really wanted these posts out.

Three hours later she gives me a shout and shows me the fence post holders.

You’ll see from the photo that they’re pretty long and quite frankly I’d given up on them.  Not Josie though.  In total, I reckon it took her around six hours to get these posts out.  Six hours of chipping into old concrete.  Six hours of hacking through hardcore to get those “bloody posts” out.

Now I could bang on about getting someone else to do it.  I could talk about it not being the best use of her time. I could question whether it was a priority.  I could say ‘good is good enough’ or I could say no one will see them anyway so why to bother?  But I won’t.

What’s important here is the sheer bloody mindedness that Josie showed and her determination to remove those posts.  She had a goal and she went after it.  Full stop.

There were the posts and there was Josie.  There was only ever going to be one winner.

She’s pretty stubborn is Josie (no idea where she gets it from) and she tends to get what she wants in the end.  She perseveres, she chips away, she’s gritty and she’s determined.  There’s no way, once she’d put her mind to it that it wasn’t going to happen.

Three years ago I lost almost everything.  I set myself a goal (not a dream) of having a home again with an office in the garden.  I’ve achieved this goal through perseverance.  I even have a perfect back wall in the office (that I can’t see) because the posts have gone.

Life throws stuff at us all the time.  Business can be challenging.  It can knock you all over the place and leave you feeling like you’re not getting anywhere.

Often it feels like you can’t see success, that everyone around you seems to be springing forwards and you’re just plodding along with no big results to share.

Sometimes you have to trust that you’ll get there in the end and chip away, persevering and believing.

If you’re not sure, I’ll arrange a chat with Josie for you… 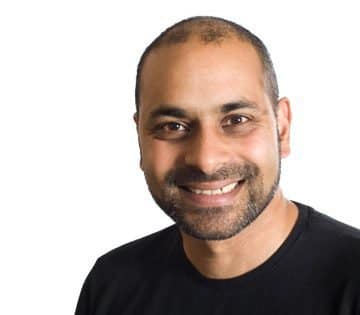 You and the Spice Girls!