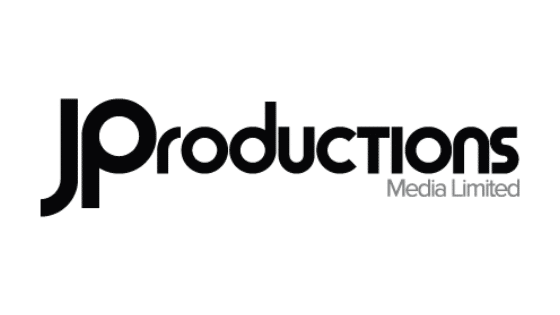 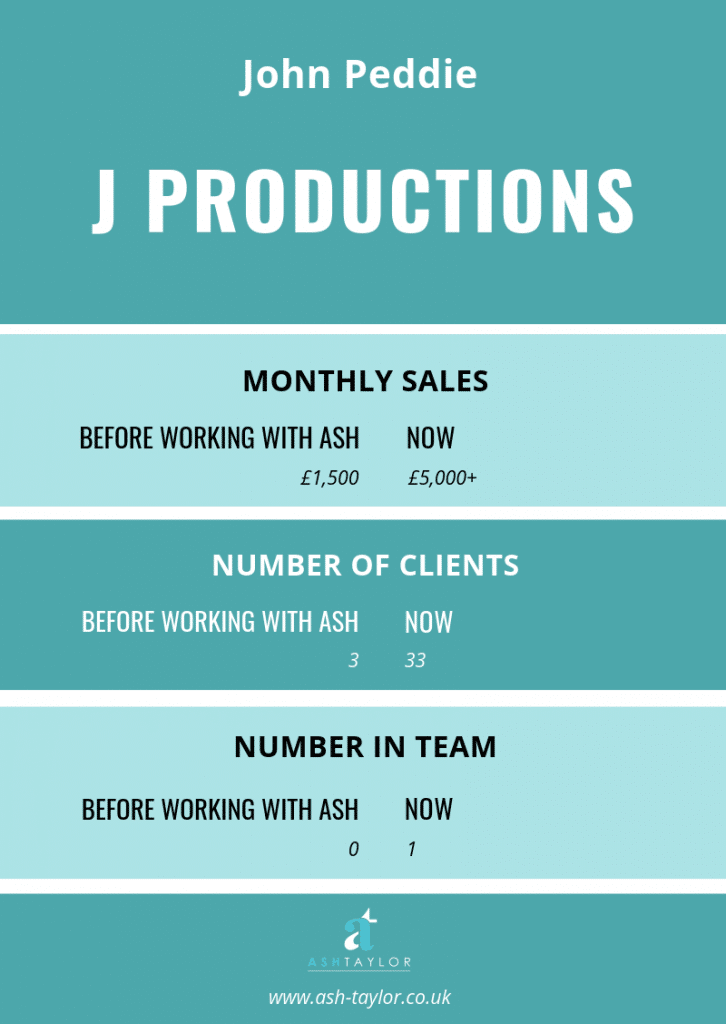 J Productions Media Ltd is a video production company based in Frimley, Surrey.

Established in 2008 the company predominantly works with SMEs, offering a one-stop service and creating video content for a wide range of marketing, training, and other corporate purposes.

The company is owned by John Peddie who has been working with Ash Taylor as a Mastermind member since 2016.

John needed help to grow his business so asked around for advice on who could provide that help. After independent recommendations from two business associates, John knew Ash was worth investigating!

How was the business performing before joining forces with Ash?

John had been running out of money — fast. “I knew how to create videos, but I had no idea how to run a business,” he said. “I had stumbled into a few contracts which had been keeping me afloat, but then I began losing them for various reasons. In one case the person I liased with left the business. In another, the budgets were cut.

“I was soon left without any work, any clients, a family to support, and a rapidly dwindling bank balance.”

At the point when he and Ash first met, John had approximately £1,000 in his business account.

Was this the biggest challenge?

“Yes, by far. I had no money coming in and no real idea what my marketing should look like; or what to say so that the right people would hear me and want to work with me.”

How did Ash help?

John had a few 1-2-1 sessions with Ash which kick-started the change process before be became a group member. He remembers, “I felt instantly comfortable with him.

“Ash came up with a top-to-bottom reboot of the business. He began by finding out what I wanted to achieve, then to define who my customer is; when we moved on to my website.

“Ash laid the correct foundations for me to build a stable business that can grow. He helped me understand where I could best spend the little money I had available to get the best ROI and I began implementing immediately.”

John signed up to a call answering service, began using Google Ads. He got himself out from behind his desk and started to attend networking events. Ash also helped him identify issues with his website and since resolving those he’s seen traffic improve and visitors stay longer.

“Ash has had so many great ideas for J Productions. But his best so far has been holding video days. These are events I host for business owners who can come to the studio and record their videos at a very competitive price. It had never occurred to me to do this and it’s proved so popular — and a brilliant way to improve cash flow.”

What difference has resolving the cashflow challenge made?

“My client base has grown enormously, as well as my confidence and focus as a business owner. I now have a clear understanding of where I want to be and what I need to do to get there.

“The business is profitable once again, only this time there are foundations in place. I’ve cleared all the debt accumulated when business wasn’t coming in.”

In 2016, John had just three clients, so when those three ‘pulled the plug’ he was in immediate trouble. Now he has more than 30 and the number is growing all the time.

“You’re learning all the time,” said John. “The other members are ‘extra pairs of eyes’ and they’re not afraid to tell you if they don’t understand what you’re trying to say or do.

“ So you’re able to learn from other people’s experiences. You share ideas and have the benefit of other business owners looking at your business from the outside. It gives you a whole new perspective!

“It’s also wonderful to become part of a strong network of like-minded business people. They understand your struggles and pains and are always the first to celebrate your wins.”

What are Ash’s strongest qualities as a coach?

“He is never intimidating, and he really does walk the walk. He also says what needs to be said, even if you don’t always want to hear it.

“There are never any platitudes with Ash and he will call you out if he suspects you’re just having a whinge. If you are he’ll say, ‘Well, what are you going to do about it?’

John concluded by sating “Ash always goes out of his way to champion me and my business to others. And he always appears to have the next step of my journey laid out long before I get there!”