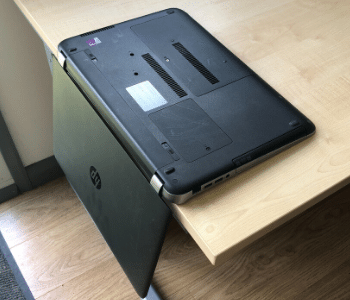 Several years ago, my daughter got me a mug for Father’s Day.  I’ve treasured this mug as she hasn’t always had the opportunity to get me something and often, if not reminded, would not be aware of the day at all.

Now she’s a teenager she probably “chooses” to forget, but that’s another story.

Anyway, back to the mug…

This mug broke last year; the handle fell off when it slid off a tray being used to serve drinks to the team putting up the marquee for our wedding.

I managed to rescue it by sticking the handle back on with superglue.  It’s been perfect ever since.  As good as new.  It’s survived being dropped, and it’s been through the dishwasher many times with no problems.

Until last week that is.

Last Wednesday I grabbed the mug from said dishwasher, filled it with freshly brewed coffee (from a new packet of beans) and ran to the office to jump on (yet another) Zoom call with my team.

All was going well until I picked the mug up for my first sip.  Only the mug never reached my mouth.  The handle did, but the body got about a foot off the desk before crashing back down to earth…

… and all over my laptop.

Calm in the face of adversity!

Apparently, my calmness while I wiped the table down, mopped up the spilt coffee and continued to manage the call was noted!

Then the words “your laptop has encountered a problem and needs to shut down” popped up. Who knew I should have switched off and turned it upside down to drain – immediately?

Now, there was a time when I would have been furious with myself and upset at the loss of the machine – even a week later.  But I’m not.

I called (super) Olly who, once he’d finished laughing, arranged one of his team to set me up on Kay’s personal laptop by 10 am the next morning.  The cost?  About 2 hours of working time.

By Sunday morning I had a brand-new, set up and working desktop sitting on my desk, which I am currently using to write this article.

Not only do I have new, but I have quicker, more memory, more space, fewer cables and more productivity.

Lessons to be learnt

I’ve always resisted desktops but lockdown has meant the business doesn’t need me to be out and about so neither does my tech.

More importantly, I’ve realised that I’ve learned not to sweat the small stuff.  Yes, there’s a cost to a new desktop, but it’s an investment in productivity and efficiency I would never have made.  It’s forced me to think about options and possibilities.

It’s also forced me to understand that we spend an unhealthy amount of time worrying about detail.  Getting frustrated about things that we can’t control. Being irritated about small failures and mistakes.

The important thing is to accept it, deal with the things you can control and let what you can’t control wash over you.

It’s a lesson that I’m pleased to have learned.

Who knew that a coffee mug would lead to such a lesson? 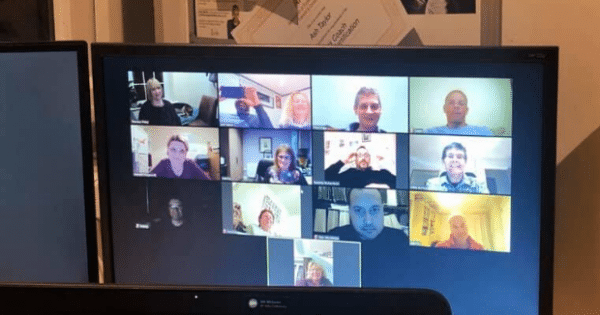